In the spirit of media myths

Spirits blamed as girls faint in Cambodia
Teachers of 10 teenage girls who collapsed one after another at their rural Cambodian school blamed the mysterious ailment on angry spirits on Saturday. - Sydney Morning Herald, October 24, 2010

News services around the world, who received this report from Agence France Presse (AFP), handled it in an entirely predictable manner: they focused solely on the superstitious naivety of the rural Third World supposed primitives.

Yet, the phenomenon is no different from the mass hysteria that has assailed schools around the word - almost invariably among girls, and invariably at exam time or time of other tension.

The girls, aged between 14 and 18, were treated in hospital after fainting but doctors could not ascertain why the youngsters were struck down, said Ruos Lim Chhee, head of the high school in Pnov, northern Cambodia.
He said that all of the girls were found to be healthy, with no signs of food poisoning, although two were a little low on glucose.
"We are afraid we are under a spell because we didn't offer any traditional dancing and music to the spirits on the opening day this year," he said.
"But we have just offered fruits, boiled chickens and wine to the spirits today, and we hope the students will get better and the spirits will take care of us."

Bizarrely, the reporter failed to obtain any medical or psychological opinion, focusing only on the medically ignorant comments of school teachers. Real explanations, of course, would make the story far more mundane and not extoic enough to sell to global news services.

Here are the rest of the "experts" lined up to explain the phenomenon:

Mil Khim, a teacher who witnessed the string of incidents on Thursday, said one of his students started to complain of chest pains early in the morning and then suffered convulsions before falling unconscious.
"The strange phenomenon lasted only a few hours, as eight seventh graders and two from eighth and ninth grade fainted subsequently," he said.
Cambodians in rural areas often believe supernatural forces are behind unexplained events.
"We think that perhaps the spirits are angry because the doctors, teachers and even police found no trace of poison or physical weakness," said district governor, Pech Sophea.

Ironically, the story was carried without comment by various South African news media, despite the fact that the country boasts a rich body of such tales - and almost all of them explainable on a psychological level.

In The Burglar in the Bin-Bag: Urban legends, hoaxes and mass hysteria (Penguin, 2010), such panic attacks are placed in a South African context, and examples from as far afield as the United Kingdom and the United States are also explored.

While those examples show that it is not merely a Third World phenomenon, the following excerpt from the book makes the point that it is also not only a rural phenomenon: 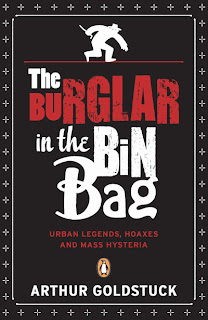 It’s one thing for mass hysteria to sweep through isolated communities, but what about urban centres? ... On March 26 (2009), the epidemic reached a climax in Pretoria, capital city of South Africa.

It is a marvelous case study, in that it reveals that even ‘sophisticated’ urbanites do not have better informational resources than their rural counterparts.

Let’s follow the story as reported by the Pretoria News:

A wave of mass hysteria overcame a Pretoria high school as dozens of children collapsed, screaming in unexplained convulsions and fits.
The hysteria started when a Grade Nine girl collapsed at her desk at Daspoort Secondary School in Claremont on Thursday.
Within moments of the unexplained attack – the fifth to occur since February – about 25 pupils in various classes and grades were affected and started screaming hysterically, fainting and convulsing as they succumbed to the strange occurrence...
The wave of hysteria, which gripped Daspoort soon after the school lunch break, saw teachers and prefects carry at least 10 pupils from their classrooms and corridors where they had collapsed, while others were evacuated to the school hall for safety.
Pupils were eventually moved from the hall to different evacuation areas around the school after another nine collapsed in convulsions inside the building. It is believed at least six more collapsed after fainting or suffering convulsions as they fled the hall. Many reported seeing visions...
Megan Mabye, who collapsed outside the hall, said: ‘I remember hearing people scream and seeing a friend faint in the passage outside my classroom. I did not know what was happening. We were rushed to the hall where more children fainted and had fits...
‘I could see people around me and tried to get up, but I couldn’t. My body was stiff,’ she said, fighting back tears as she described how she had a vision of ‘three green four-legged men’ trying to kill her as a pastor stood over her, praying.
Megan’s mother, Doreen, said it was clear there was an evil spirit around the school. ‘How else do you explain what has happened. This is very worrying and scary,’ she said, adding that she had never believed in the supernatural until Thursday.
Confirming it was the fifth ‘attack’ since February, principal Gerhard Olivier said: ‘We are at our wits’ end. We do not know what is happening or why...’

Olivier confessed to the Pretoria News that the school was desperate for a solution. And then he dropped what newsmen refer to as a howler:

‘Whatever is happening is very unsettling. We cannot explain it, except to say that it is clear that this is a sign of the moral degeneration which is occurring in our society.
‘We are doing everything in our power to address the issue and have called in various religious people, along with psychiatrists and trauma counsellors to come and help our children,’ he said.
He was positive that what had happened at the school could be overcome with a solid Christian foundation. ‘At the moment we have a seriously dysfunctional school with major discipline problems which we are urgently trying to address, and once we have this under control we should, hopefully, be fine,’ Olivier said, adding that in the past week at least two schools in Sunnyside and Laudium had been affected by similar occurrences.

Church leaders didn’t help either. Eyewitness News reported the next day that Pastor Andries Nel, who had witnessed part of the incident, had said Satanism may have been to blame.
He told reporter Cathy Mohlahlana: ‘You can only solve this problem spiritually. There are some demonic things on the school premises; maybe some of the children are also playing with the occult.’

Once exams were over, however, it appears that Satan decided to take a break.

* "The Burglar in the Bin-Bag: Urban legends, hoaxes and mass hysteria" (Penguin, 2010) is available in bookstores throughout South Africa. It can also be purchased online (click on the links below) from:

Arthur Goldstuck's new book on urban legends, "The Burglar in the Bin-bag: Urban legends, Hoaxes and Mass Hysteria" (Penguin), is now out. 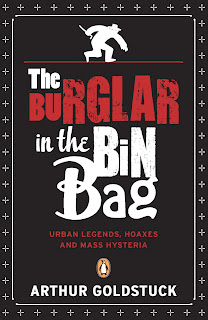